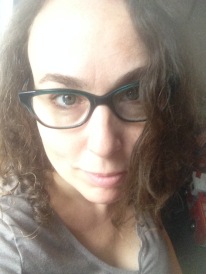 I write about food, travel, culture, and other good stuff.

Ever since age six, when I elbowed my mother aside and told her I’d be making the tacos tonight, I have loved to cook. But despite having been born a stone’s throw away from the headquarters of Sunset magazine, my California was less Alice Waters, more Carnation powdered milk. It was travel that showed me everything food could be: at age ten, in southwestern Germany, I became obsessed with Alsatian tomato soup; East Berlin, in contrast, was the land of bad cafeterias and worse chocolate. I discovered the dark magic of blackcurrant jam while studying abroad in St. Petersburg. And Crete was where I learned that salad and I could coexist.

A long time ago, in a galaxy far, far away, I worked for the Moscow bureau of The Los Angeles Times. After moving to New York, I found my way into food writing, eventually landing a job as research chief at Gourmet. I’ve been writing about fravel—food and travel—ever since.

When I’m not sampling melon at a roadside stand in Uzbekistan, you’ll find me at home in Brooklyn, editing cookbooks, testing recipes, and plotting the next adventure.

Why “mit Schlag”? Because, as I discovered at age seven, in Vienna, most things in life go better with a dollop of whipped cream.